Why My Synagogue May Change Its Prayer for America

This is the prayer my synagogue reads aloud each Shabbat (Sabbath) morning: “Eternal God, we ask Your continued blessings for our country, the United States...
Read more
Celebrity Lifestyle

LEONA Lewis has shared a first photo of her daughter Carmel Allegra six months after giving birth. The 37-year-old revealed she welcomed her baby...
Read more

Trevor Noah declared it, and the world agrees, Beyoncé is the G.O.A.T. After accepting the 2023 Grammy award for best dance/electronic music album for...
Read more 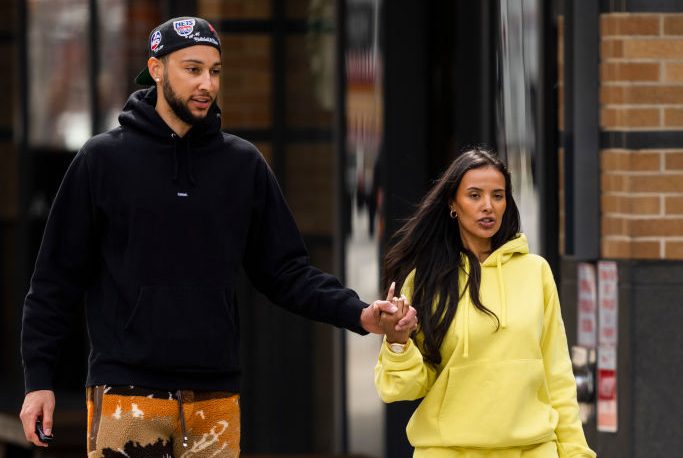 Ben Simmons reportedly sent his t ex-fiancée legal documents requesting that she return the $1M engagement ring he gave her.

The NBA player and Love Island’s Maya Jama popped out as a happy couple in the first half of 2021 and while Simmons was facing turmoil in his on-court career, his off-court life seemed better than ever.

Eventually, he proposed to his cross-the-pod ting and she happily said “yes.”

While Ben found a new home in New York City by joining the Brooklyn Nets, this suddenly changed. While he regained his footing on the court his personal life deteriorated and his relationship with Maya ended reportedly due to the couple’s demanding careers and the strain of long-distance dating.

While the split between Ben Simmions and Maya Jama seemed amicable, one issue is still present according to the DailyMail. Ben reportedly sent legal documents in an effort to have the $1M engagement ring he purchased returned from Maya.

“Maya received a request from Ben’s representatives on Friday afternoon, asking her to return the engagement ring that he gave her as a gift last year,” reports The Mail.

This was the first time that she has been asked by Ben to return it and, for the avoidance of any doubt, she has never refused to return it. Maya is making arrangements to return the ring to Ben and wishes him all the best.

Reportedly the legal documents came as a surprise to Maya but she seems more than willing to return the ring.

What do YOU think? Would you return the ring?

Pete Buttigieg Says Biden Is TOO Successful for Americans to Appreciate