“What was the rush for in exchange of old notes?”- Kate Henshaw rages, calls out the Central Bank of Nigeria [Video]

Kate noted how the trust in banks have been totally eroded because of Central Bank’s insensitive decision. The fitness expert, who is...
Read more
Gossip

An unruly shoolkid has run amok on an over 11-hour flight as teachers and flight attendants stood by.A photo of the incident shows a...
Read more

CelebJamhttps://celebjam.com
- Advertisement -
A plan to lower the power bills of Australians will be at the heart of today’s national cabinet meeting.

Prime Minister Anthony Albanese and premiers will will dial in remotely this afternoon to discuss ways of relieving pressure on households struggling with spiking energy costs.

The Albanese government plan depends on asking the states to cap the price of coal at about $125 per tonne – less than half the market rate – but this involves paying compensation of billions of dollars to major coal producers New South Wales and Queensland.

Both states collect billions in coal royalties every year and officials have been busy finalising a final compensation figure for the states.

National cabinet was put back two days and will be held virtually after Albanese tested positive for coronavirus on Monday.

A meeting of the country’s energy ministers yesterday agreed to a landmark deal involving renewable energy to ensure there is enough supply in the national electricity grid.

Reducing household power bills has become a political priority for the federal government after they skyrocketed this year.

Power bills have gone up 20 per cent on average in 2022 and they’re predicted to rise another 30 per cent next year.

That would add around $1300 over two years to an average home’s electricity and gas bills. 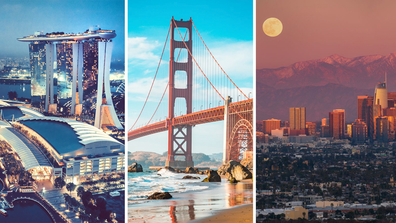 Revealed: Top 10 most expensive cities in the world to live

Badly Torn During Struggle For Some Time

“My wife should take care of my kids; I’m not coming back to Nigeria” – Osinachi Dike declares as he becomes US citizen (Video)