Democrats Borrow Castro Slogan for Their Outreach to Latino Voters

What is Todd Hoffman's net worth?Todd Hoffman is an American reality television star and gold prospector who has a net worth of $7...
Read more
News

Officers waited for back-up during Texas school shooting because ‘they could’ve been shot’: lieutenant 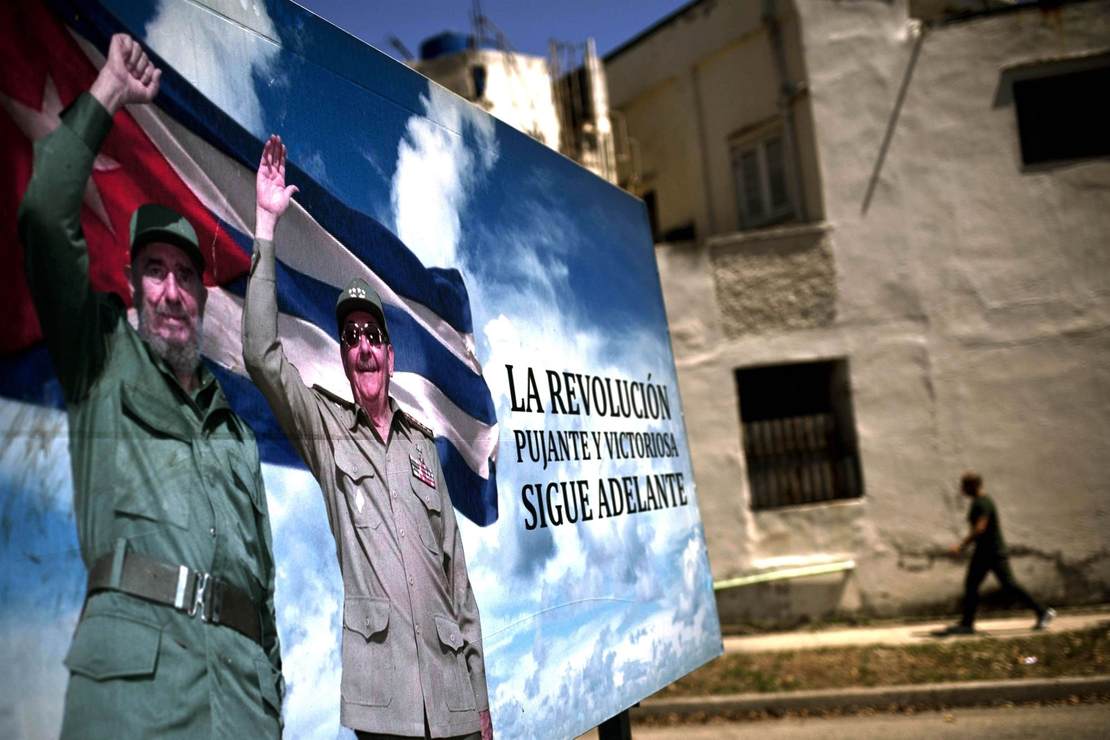 It’s no secret that the Democrats are in trouble with Latino voters in the run-up to the midterm elections. Polling from last month showed that the president’s approval ratings are at their lowest among Hispanic voters. The Democrats’ border crisis, their leftward shift on cultural issues, and the economy have all prompted Latino voters to break toward the GOP.

The Democrats are aware of their issues with Latinos, and they’ve launched a new strategy to reach them. There’s one problem: the slogan.

This new initiative to reach out to Spanish-speaking voters uses the slogan “Adelante,” which means “onward” or “forward.” Now, a Spanish word shouldn’t be an issue in and of itself, but when that word carries an association with Fidel Castro and Cuba’s communists, it becomes loaded with baggage.

“As it so happens, slogans such as ‘¡Adelante!’ or ‘¡La Revolución Seguirá Adelante!’ were popular rallying cries under the communist regime of Cuban dictator Fidel Castro,” reports the Washington Free Beacon.

“The Cuban newspaper founded in 1959, the year Castro took power, is called Adelante, which boasts that it was ‘primero con la Revolución,’” the article continues.

For what it’s worth, the 2022 Democrats aren’t the only ones who have used “Adelante.” The Clinton-Gore campaign in 1996 used the slogan “Adelante Con Clinton-Gore” in campaign materials.

So why the attachment to Castro-era propaganda? It’s especially baffling in light of a survey at the end of last year from Equis Labs that demonstrated that roughly 40% of Latinos have expressed concern over the Democrats’ embrace of socialism.

“We’ve asked in several ways whether Hispanic voters are concerned about the Democratic Party ’embracing socialism,’” reads the report from Equis. “Some concern exists, even among a portion of Democrats— and not just in Florida.”

It’s natural that Florida’s Latino voters would be sensitive to socialism, given how many Floridians have ties to Cuba.

In its analysis of the Equis survey, NBC News revealed something interesting about Hispanic voters’ concerns about Democrats and their embrace of socialism.

“As would be expected, Latino 2020 Trump voters were more likely to say they were concerned — 71 percent — about Democrats embracing socialism or leftist policies,” NBC reports. “More jarring for Democrats is that 30 percent of Latinos who voted for Biden in 2020 also expressed such concern.”

Naturally, the Democrats think it’s all about their new favorite word: disinformation. Equis let its bias show when the report referred to the concerns about socialism as “a story about the weaponization of the American Dream— the true opposite of socialism in the right-wing narrative.”

Andrew Stiles reports in the Free Beacon article that the slogan actually comes in response to the socialism concerns.

“There are plenty of ways Democrats could address these concerns. One would be to stop openly embracing socialism,” Stiles writes. “Another might be—just throwing this out there—to not name your Latino outreach program after a communist dictator’s propaganda slogan.”

It’s going to take more than a snappy slogan to catch the eye of Latino voters. The Democrats are going to have to change their policies to win back some of those who have defected to vote for the Republicans. I think we already know that’s not going to happen.

No one was more excited than Travis Barker that Kourtney Kardashian’s doctor apparently recommended she ingest his semen...
Gist

Caroline Danjuma Wants Everyone Divorced Like Her – Laura Ikeji (Video)