Prince Harry tells how his children, Archie and Lilibet remind him of Diana ‘every single day’

According to Skysports info, Liverpool star participant Mohamed Salah has signed a model new 3-year contract worth £350, 000 per week this afternoon....
Read more

Anthony Albanese stepped out with his partner and pet cavoodle for a brisk walk to celebrate his election victory – before he was met by a crowd of adoring supporters.

The incoming prime minister was accompanied by his partner Jodie Haydon and his dog Toto as he hit the streets of Marrickville, in Sydney‘s inner west, on Sunday.

Mr Albanese found himself in the middle of a throng of excited locals as he pulled up a chair outside a local cafe.

He sat with Toto resting on his lap while he chatted to friends and enjoyed a warm cup of coffee on a chilly 16C morning. 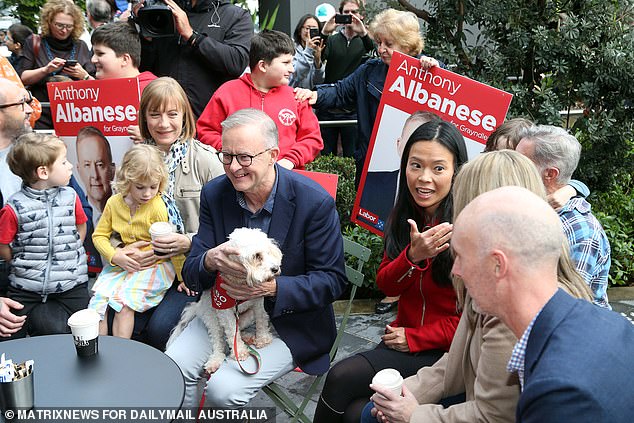 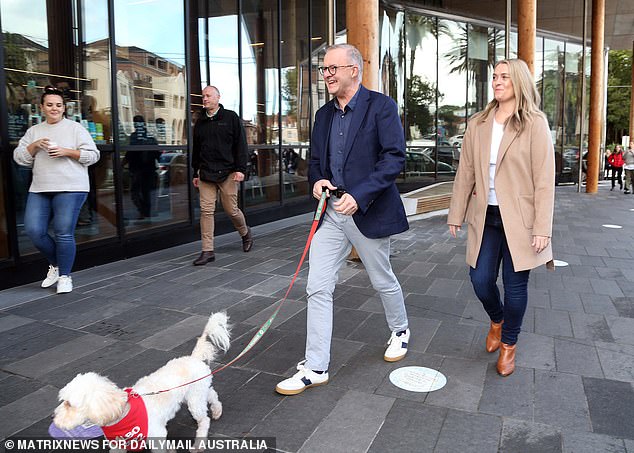 The incoming prime minister was accompanied by his partner Jodie Haydon and his pet dog as he hit the streets of Marrickville, in Sydney’s inner west, on Sunday 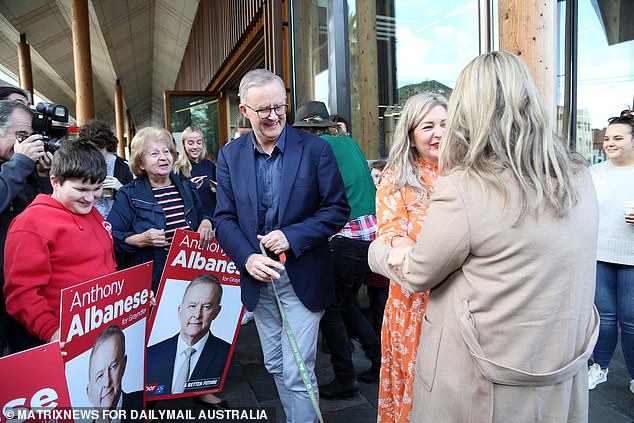 Several residents held banners of Mr Albanese as they hovered around the cafe table.

Mr Albanese’s pet dog was even showing its support by wearing a red bandana that read, ‘Albo 2022’

Mr Albanese will become Australia’s 31st prime minister and just the fourth person to lead Labor to government from opposition since World War II following his win on Saturday night.

While his prime ministership is almost certain, less clear is whether Labor will be able to govern in its own right, or whether it will need the help of an expanded crossbench.

Speaking to almost 1,000 party faithful at Labor’s election night event in Sydney’s inner west, Mr Albanese said he was humbled by the victory.

‘No matter how you voted … the government I lead will respect every one of you every day,’ he told the crowd.

‘We can have an even better future if we seize the opportunities that are right there in front of us.’

He said he was looking to be sworn in on Monday along with some senior members, before heading off to Tokyo to attend a Quad meeting on Tuesday alongside U.S. President Joe Biden and prime ministers of Japan and India.

‘I say to my fellow Australians, thank you for this extraordinary honour,’ Mr Albanese said. 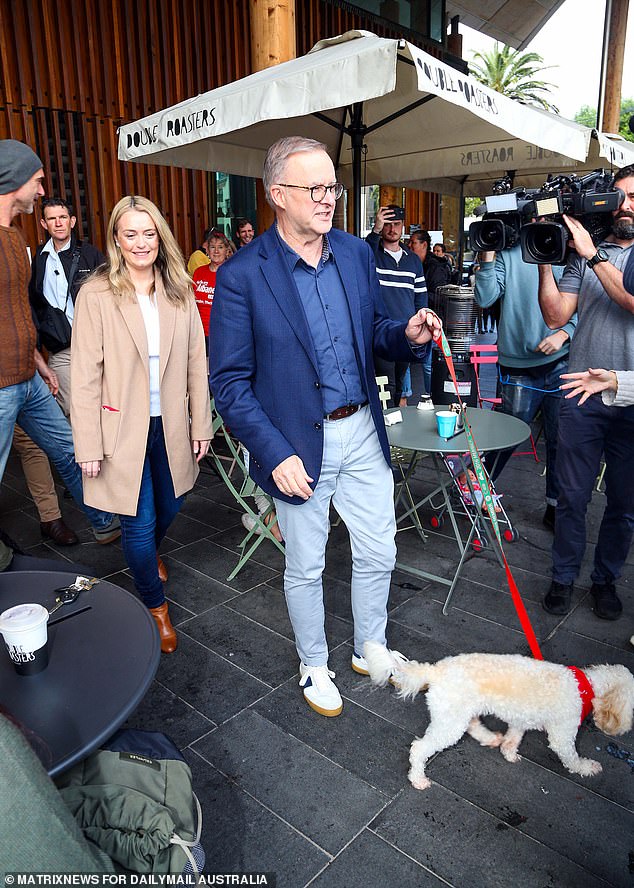 While Mr Albanese’s prime ministership is almost certain, less clear is whether Labor will be able to govern in its own right, or whether it will need the help of an expanded crossbench 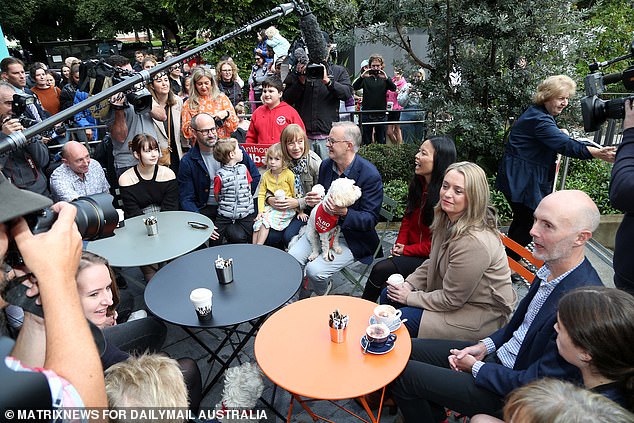 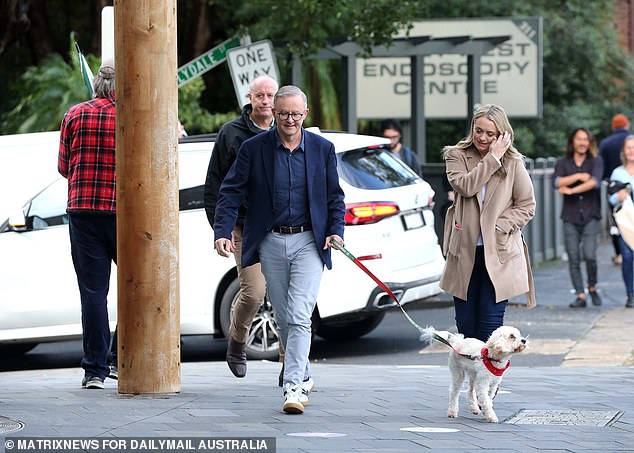 ‘Tonight the Australian people have voted for change. I am humbled by this victory and I’m honoured to be given the opportunity to serve as the 31st Prime Minister of Australia.’

‘My Labor team will work every day to bring Australians together, and I will lead a government, worthy of the people of Australia’.

Mr Albanese – who was raised in housing commission by a single mother – also paid tribute to the outgoing Prime Minister, saying: ‘Scott very graciously wished me well, and I think him for that, and I wish him well.

‘And I thank him for the service he has given to our country as Prime Minister. I would like to thank Jenny Morrison and their two daughters for their contribution and sacrifice as well.’

Outlining his priorities for the next three years, Mr Albanese said: ‘Together we can end the climate wars. 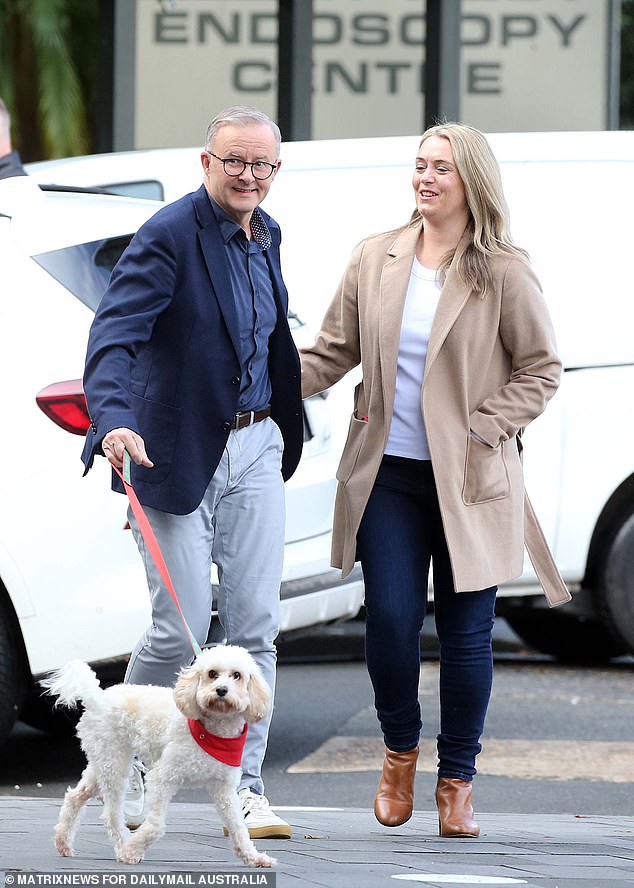 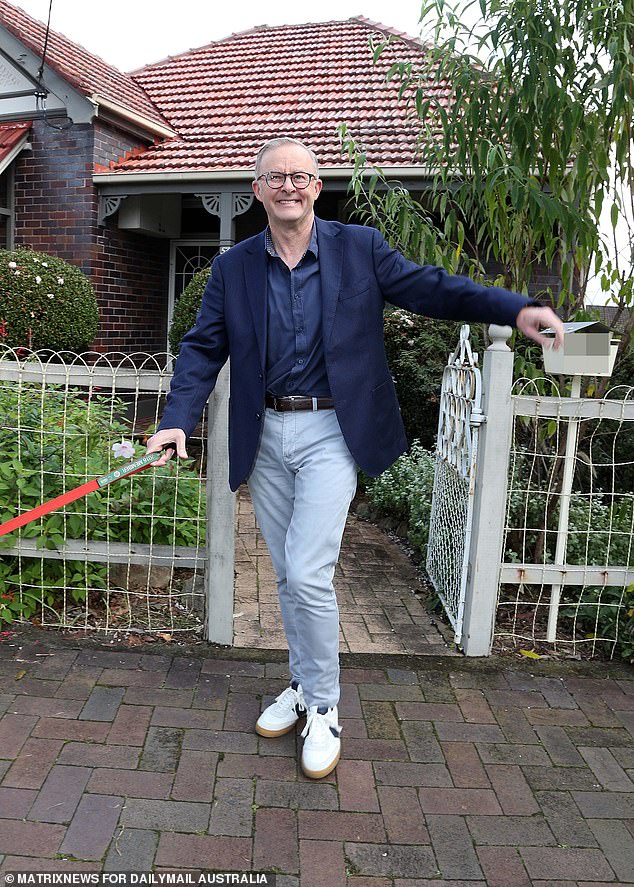 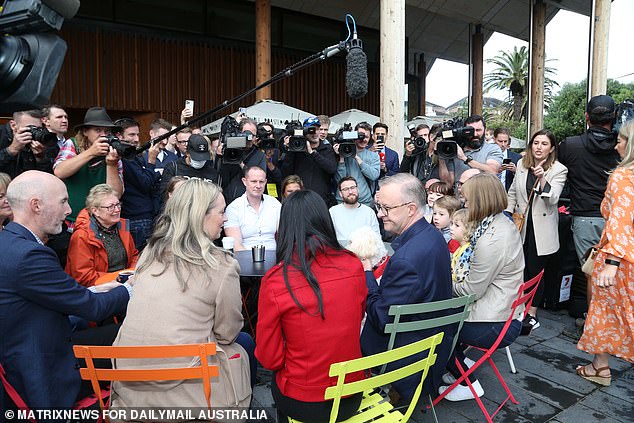 ‘Together we can take advantage of the opportunity for Australia to be a renewable energy superpower.

‘Together we can work in common interests with business and unions to drive productivity, lift wages and profits.

‘Australia is our most important partner, our only official ally and single economic market relationship, and I believe our countries will work even more closely together in these tumultuous times,’ she said.

‘Today must be the start of a new beginning for the aged and infirmed, the single mothers, the poor and isolated, the underpaid and the over-worked, the disabled and the dispossessed,’ he said. 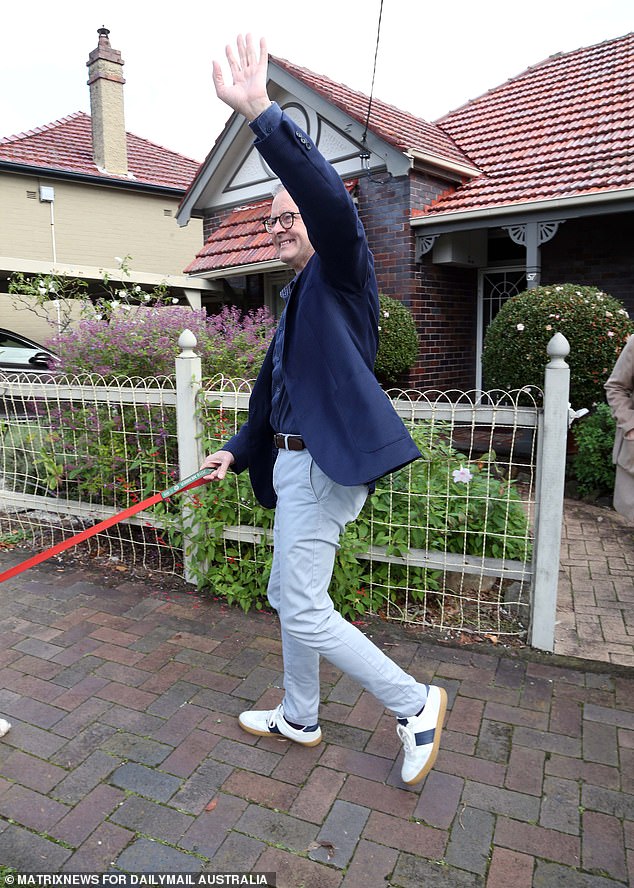 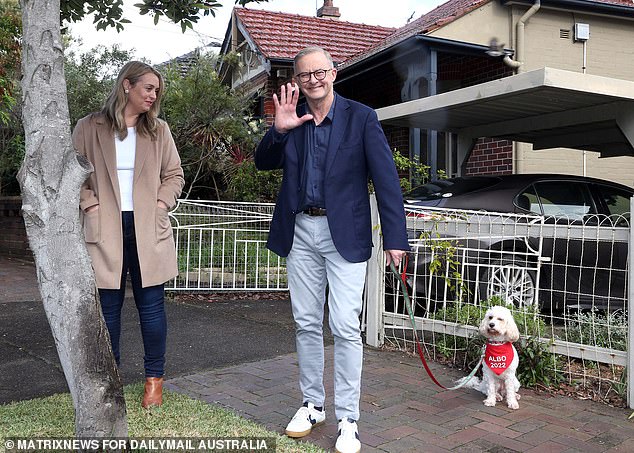 Online sensation the ‘NELK Boys’ are attempting to book North Korean dictator Kim Jong-un as a guest on...
Entertainment

Is Trump about to make an early announcement on a 2024 run for president?