Erika Jayne didn't seem to be letting her ex-husband's court appearance ruin her day. In fact, she shared a selfie on her Instagram Stories...
Read more

Michelle Yeoh was initially going to play a different role in the comedy-drama “Everything Everywhere All At Once.” In a recent interview, she revealed...
Read more 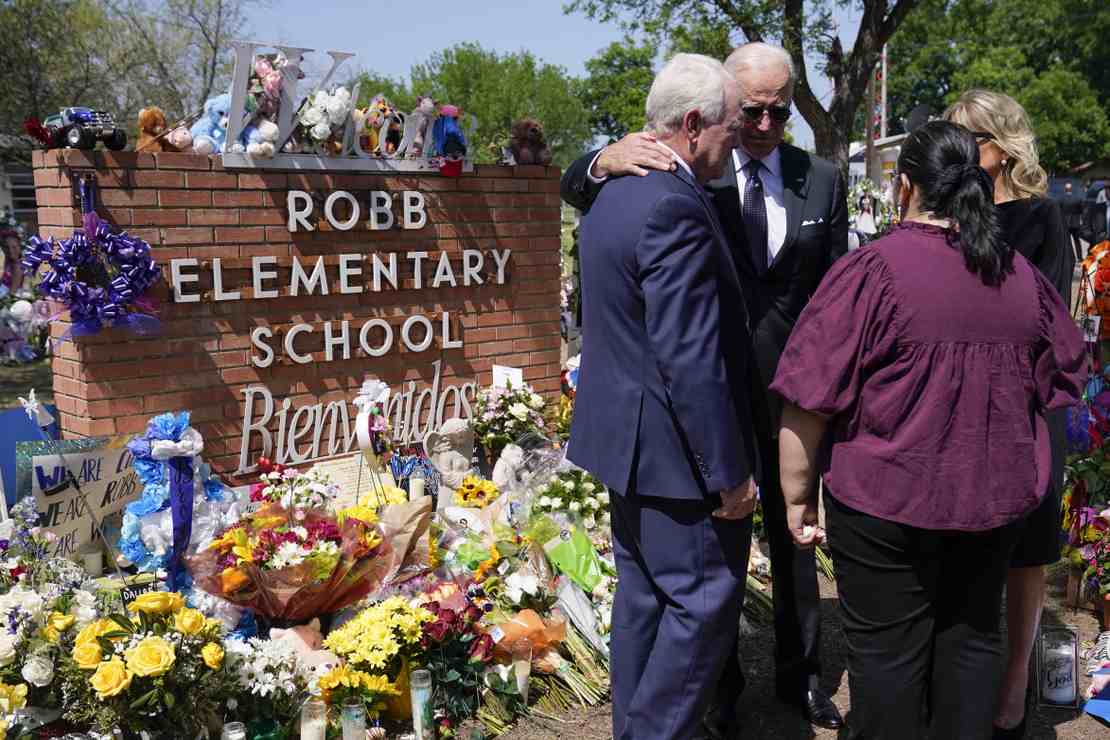 As you may recall, the Uvalde school board fired Pete Arredondo, the chief of the school district police force who was nominally in charge of the response at Robb Elementary school on May 24, 2022. Today, the acting police chief of the separate Uvalde city police retired, likely to avoid being fired as soon as this Saturday.

A lieutenant who was the acting chief of the police in Uvalde, Texas, during the shooting at Robb Elementary School stepped down on Thursday, a city spokeswoman said, amid questions about his actions and after the release of video footage showing that he did not order officers to quickly breach the classrooms.

The lieutenant, Mariano Pargas Jr., was in charge of the Uvalde Police Department while its chief was on vacation when a gunman opened fire inside the school, killing 19 children and two teachers. Mr. Pargas was placed on administrative leave over the summer, and the Uvalde City Council had been expected to discuss his possible termination on Saturday in a special meeting.

Pargas was one of the first offciers to arrive that day but like everyone else he stood around and did nothing even after learning that there were injured people trapped in the room with the shooter. Pargas’ excuse was that Chief Arredondo was in charge.

Mr. Pargas told a Texas State House investigatory committee that he believed that Pete Arredondo, the chief of the Uvalde school district police, had jurisdiction over the incident and had been coordinating the response, which eventually grew to include hundreds of officers from more than a dozen agencies…

The committee found that Mr. Pargas was present, early in the standoff, when a Uvalde school officer, Ruben Ruiz, informed the officers inside the school that his wife was among those shot but was still alive in the classrooms. “She says she is shot,” Officer Ruiz told them, according to the committee’s report…

Footage published by CNN on Monday showed that Mr. Pargas also later learned of a 911 call placed by a child who was inside one of the classrooms who told police dispatchers that several children remained alive inside with the gunman.

So you had not one but two local police chiefs who were both in the hallway within minutes of the shooting. Neither one of them could muster the courage to follow their training even knowing there were adults and children who needed to be rescued.

It makes me wonder how much dead weight there is in police forces around the country, i.e. guys who love swaggering around town with a gun but who really aren’t up for protecting anyone if it means putting their own skin at risk. As we saw in Uvalde, there were parents with no guns and no body armor who were ready to charge into the school. And they would have if the police outside hadn’t held them back.

Even if Arredondo was technically in charge that day, Pargas was in a position as acting chief to speak his mind. He could have reminded Arredondo that the FBI recommends engaging an active shooter until he’s no longer a threat. He could have taken some initiative to contradict the idea that this had become a barricade situation or just generally that they had time to wait around. He didn’t do any of that. And lately he’s been dodging accountability.

At a meeting Wednesday of the Uvalde County commissioners’ court, community members called on Pargas to resign from the panel. Pargas, who was re-elected to county government on Nov. 8, was absent from the meeting, the Uvalde Leader-News report ed.

Berlinda Arreola, whose 10-year-old granddaughter Amerie Jo Garza was killed, said Pargas needed to do “the right thing” and step down, according to CNN.

“He was a coward that day and he’s cowardly now, that he couldn’t show face,” Arreola said.

If he’s getting a pension the city should work to take it away from him. But Pargas isn’t the last guy who should probably be out of work.

It’s hard to believe, but the ‘Avatar’ sequel came in second place at the box office, behind M. Knight...
Celebrity Lifestyle

California all set to pony up reparations and…HOW much was that again?

If Twitter Suspended Kanye for Inciting Violence, Why Are Ayatollah Khamenei and CCP’s Global Times Not Banned?

HOW many new illegal aliens are coming in 2023?!