Trevor Noah left devastated by death of his grandma

What Is Wop TikTok Dance Challenge And Who Started This?

Tiktok is a notable stage for individuals to exhibit their abilities. On a similar stage, a recent fad emerges consistently. For its 15-second...
Read more
Celebrity

What is Peter Capaldi's Net Worth and Salary?Peter Capaldi is a Scottish actor, writer, musician and film director who has a net worth...
Read more
Entertainment

Pete Davidson is always close to Kim Kardashian’s heart … and nails. While fans were eager to get a glimpse at sister...
Read more

Trevor Noah has “cried all week” following the death of his 95-year-old grandmother. 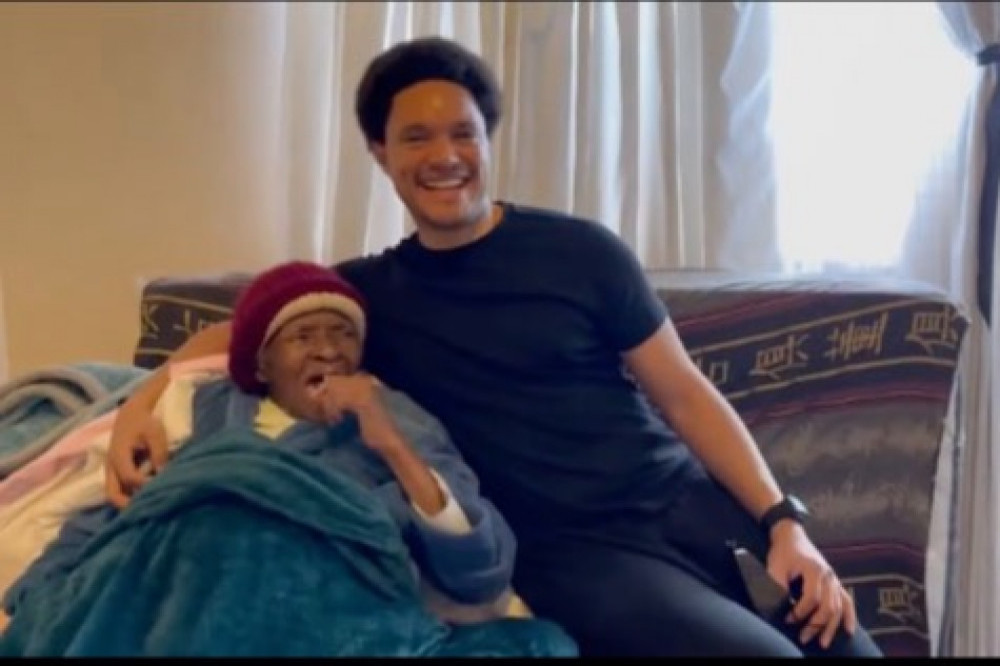 Trevor Noah with his grandmother ‘Gogo’

The ‘Daily Show’ presenter paid a touching tribute to Frances Noah and reflected on her role at the heart of his family and within her wider community back in Soweto, South Africa.

He wrote on Instagram on Thursday (12.05.22): “This morning our family laid to rest the oldest member of our clan Frances Noah, or as most of us referred to her, Gogo.

“My grandmother was born in 1927 and even though she was 95 years old, she still had the best memory of us all.

“Every moment spent with her felt like a magical journey through time where she would recount all of the family’s greatest joys, losses, achievements and milestones.

“Her house in Soweto wasn’t just a home, it was a refuge, a place where other women would come when they had no other place to go, a place where members of the community would gather to pray together every single week, a place where everyone was guaranteed to feel the love emanating from her mighty chest.”

Trevor went on to thank his fans for their support.

He added: “I know many of you grew to love Gogo from afar and I thank you for the condolences and the blessings you’ve sent in her memory.

“I’ve cried all week celebrating the greatest ‘movie’ I’ve ever watched. A story that began with my first breath and ended with her last. A woman who showed me the truest definition of unconditional love.

“She passed away peacefully in her sleep and even blessed us with one final Mother’s Day which she enjoyed to the fullest.”

Trevor signed off the message with “Hamba Kahle” Gogo – Zulu for “go well”.

He also included a heart emoji,

Trevor’s post came with a video of him sitting alongside Gogo as she took out her false teeth while they posed for a photo.

He included the quote from her when the clip was shot: “How can I smile for a photo when I don’t have teeth?”

Within hours of the post, the video had been viewed almost 1.5 million times and attracted a flood of sympathy messages.

Trevor’s grandmother made a cameo on a 2018 episode of The Daily Show.

Trevor worth $100million and who regularly rants about the mega-rich – went on to have a deep conversation with her on the show about apartheid.

Gogo said about her daily habit of talking to one of her photos of Trevor: “I always look at that photograph… and I ask God every morning when I look at it, ‘Morning, Trevor?’ And he never answers.”

Where Is Ryan Leckey Going To Work After Leaving WNEP-TV? His Net Worth & Salary Explored

Did Cheech Marin Leg Amputation: How Did It Happen? Did He Got Into An Accident – Where Is He Now & Health Update