Drunken woman grabbed transgender man's genitals on the dancefloor asking 'Are you male or female?'

As many Nigerians struggle for their daily bread during this cashless economy, Portable has remembered the needies during this trying time. In...
Read more
Gossip

Finding one egg with a double-yolk is pretty unusual, so imagine coming across three in a row.Chris Tulley, 26, did just that while preparing...
Read more

An ‘extremely’ drunk woman who grabbed a transgender man’s genitals and asked him ‘Are you male of female?’ has been ordered to pay him £300 compensation after she was convicted of sexual assault.

Karen Waldron, 53, of Matson Avenue, Gloucester, asked the man if he was ‘sure’ before grabbing his genitals and ‘squeezing’ them on a Yates bar dancefloor ‘to establish that he was a male’, a court heard.

But she insisted she just was ‘looking out’ for a vulnerable friend who had ‘taken a shine’ to the transgender man, 24, who was out with a friend when before the assault in the early hours of Sunday, February 6 this year in Cheltenham.

Waldron pleaded not guilty to sexually touching the man but was convicted by magistrates at Cirencester, Gloucestershire. 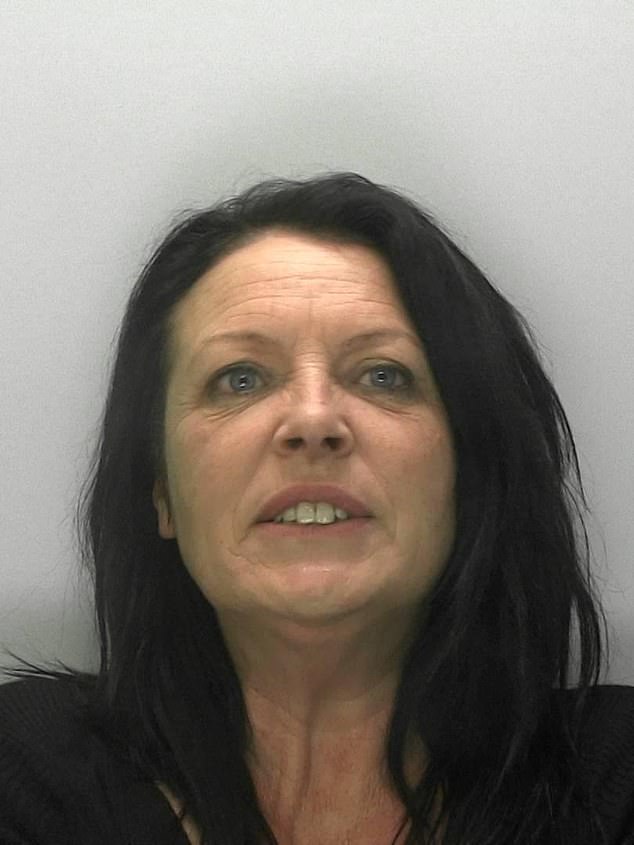 Karen Waldron (pictured), 53, of Matson Avenue, Gloucester,  who grabbed a transgender man’s genitals and asked him ‘Are you male of female?’ at a Yates bar dancefloor in February has been ordered to pay him £300 compensation after she was convicted of sexual assault

Waldron approached and asked him ‘Are you male or female?’, the court heard.

Prosecutor Graham Dono said the victim responded: ‘I am male.’

But the court heard Waldron persisted and asked him: ‘Are you sure?’

The victim, who found the questioning insulting, then told her: ‘It’s none of your business.’

The prosecutor added: ‘Waldron then placed her hand between his legs, grabbed his genitals and squeezed, no doubt to try to establish that he was a male.

‘He responded by asking the woman what was she doing and told her that it was not appropriate. He pushed Waldron’s hand away after some 30 seconds.

‘Waldron responded “I don’t care”, after which the man reported the incident to the venue’s staff.

‘A member of the door staff team asked Waldron if she had groped the man’s genitals to which she replied “yes”.’

Waldron was arrested by police at 1.20am and told officers the touching was not sexual it was ‘more of glance with the back of her hand that only lasted a second or two.’

Mr Dono said the Crown’s case was that Waldron’s actions were clearly deliberate and were in the area of the genitals which meant it was sexual.

He added: ‘Waldron was extremely intoxicated and this was a drunken and gratuitous touching of the man’s genitals.’ 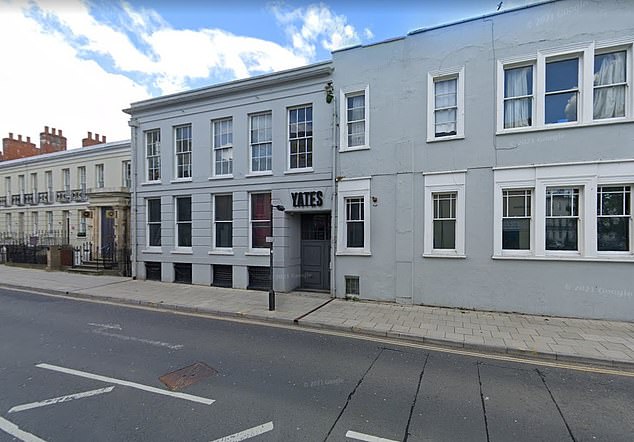 Waldron insisted she just was ‘looking out’ for a vulnerable friend who had ‘taken a shine’ to the transgender man, 24, who was out with a friend at the Yates bar (pictured) when before the assault in the early hours of Sunday, February 6 this year in Cheltenham

The transgender man told the court that he had begun transitioning since 2016 and had been wearing a genital packer inside his boxer shorts.

He explained that he had been on the dance floor with a female family friend and that he had shared a kiss together with the woman.

‘It was after this that I was approached by Waldron and she started to question me,’ he said.

‘I told her that I was a male and when she asked me “was I sure” it made me feel uncomfortable. I told her it was none of his business.

‘Waldron grabbed me between my legs and squeezed to see if I had genitals. I was wearing a silicone packer at the time and she would have felt this. I asked her what she was doing and pushed her hand away.’

The court was told that after the incident Gloucestershire Police issued an appeal for witnesses to come forward.

Blaise Shervington, defending, said the incident resulted from Waldron ‘looking out for’ a vulnerable friend she was out with who had ‘taken a shine’ to the transgender man.

‘Waldron claims that she didn’t squeeze the man’s genitals as she was using the back of her hand and it only lasted no more than a second,’ Mr Shervington said.

‘She has admitted that she had been drinking, having consumed vodka and pints of lager and that her actions were out of character and were fuelled by drink.’

Waldron denied a charge that on February 6 2022, she intentionally touched a man, aged 16 or over, and that the touching was sexual when he did not consent to it.

Presiding magistrate Susan Bruckel told Waldron that the magistrates had found her guilty of the offence and said: ‘We’ve listened to all the evidence and whatever the motivation, or whatever the circumstances, touching somebody in their genital area is deemed a sexual assault.

‘You’ve admitted touching the man in his genital area to determine his gender. You also admitted that this was a deliberate act. We also note that your actions were driven by the fact that you felt you needed to protect a vulnerable friend.

‘The man’s evidence was slightly inconsistent but it is obvious he was affected by the incident and was angry and uncomfortable. And in his words “She shouldn’t have done it anyway”.

‘We feel that the incident lasted only a second or two and not the 30 seconds as suggested by the prosecution. However, regardless of your mitigation we find you guilty of sexual assault.’

Mr Shervington said: ‘This was not a hate crime, as she would have been charged with that offence if it was. Waldron has been contrite from the outset.

‘The evidence is that this is a sexual assault at its lowest level. It was not planned or prolonged. It was a clumsy attempt by Waldron to make sure her vulnerable friend was safe.’

The magistrates fined Waldron £150. They also ordered her to pay court costs of £149, compensation to the victim of £300 and a surcharge of £1.

The magistrates told Waldron that because of the low level of sentence there was no requirement for her to sign the sex offenders register.