Gwen Shamblin Lara's preaching empire came crumbling down on May 29, 2021, when she died in a plane crash along with her husband Joe Lara....
Read more
Gossip

Europhile peers were accused yesterday of trying to thwart the spirit of Brexit by opposing a Bill to scrap swathes of EU-derived laws by...
Read more
Celebrity Lifestyle

Conor McGregor is one of the biggest names in fighting. He’s built his brand through a solid UFC career and by participating in massive headlining fights, including one against Floyd Mayweather Jr. Yet, McGregor has also worked hard developing a business empire, an empire that is dominated by the his Proper No. Twelve Irish Whiskey.

In 2021, Jose Cuervo’s parent company acquired Proper No. Twelve for…

Note that UFC Fighter Artem Lobov is not listed above as a co-founder. Artem was at one time one of Conor’s best friends. He thinks he should be one of the co-founders. He’s now suing Conor, believing he got the shaft on the Whiskey windfall. 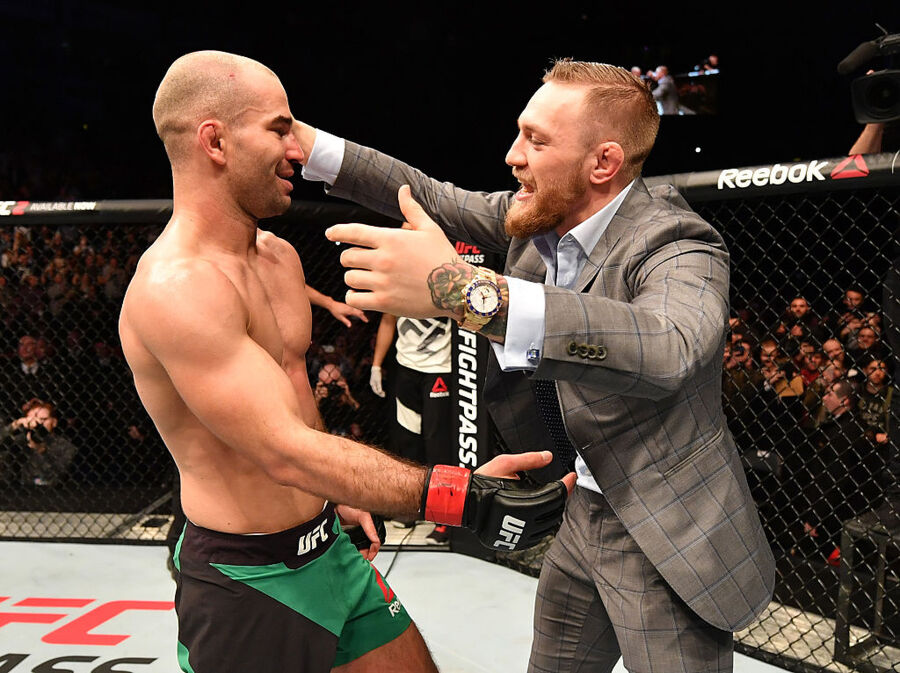 Artem Lobov recently filed a lawsuit in Ireland’s High Court, claiming he was a founder of Proper No. Twelve and hasn’t been given his fair share of money. He’s seeking 5% of the proceeds from the Jose Cuervo sale, which would net out to $30 million.

In August, Lobov spoke with TalkSport about the history of Proper No. Twelve. He said McGregor was considering partnering with Game of Thrones actor Hafthor Julius Bjornsson to create an Icelandic vodka brand.

But Lobov, who grew up in Russia and has lived in Ireland for years, put in a suggestion about Irish whiskey. He noted there was space in the market for a non-Jameson brand to thrive.

“In my head, I was thinking, what a better man than Conor McGregor to bring Irish whiskey back to its stardom?” Lobov said in the TalkSport interview. “He did it with fighting.”

Under McGregor’s direction, Lobov worked with McGregor’s Paradigm management company to create a deal. Lobov also said McGregor once offered him $1 million for his role with Proper No. Twelve, but Lobov turned it down.

The two fighters have a long history together. They trained at SBG Ireland, and McGregor was Lobov’s coach on The Ultimate Fighter, which resulted in Lobov earning a UFC contract. In 2018, fellow UFC fighter Khabib Nurmagomedov and his entourage cornered Lobov in a hotel hallway, with Nurmagomedov appearing to slap Lobov in a video that came out from the incident.

McGregor and his team flew from Ireland to Brooklyn to retaliate. When they couldn’t find Nurmagomedov, McGregor threw a dolly through the window of a UFC bus, resulting in his arrest.

Now, McGregor has another legal issue involving Lobov. He’ll likely need plenty of whiskey over the coming months as things get resolved.

Miranda Lambert is one of the most popular country singer-songwriters in...

Twitter Users Are Learning About Bonnie Raitt For The First Time After GRAMMY’s Win!

Cash rate hike a 'perfect storm' for businesses to collapse