How To Forward A Text On iPhone

How To Forward A Text On iPhone There are two ways to forward a text on your iPhone. The first way is to...
Read more
Gist

Is Siyabonga Gama Arrested? Here’s What We Know About The Former CEO Of Transnet 

Right now, whenever Iga Swiatek steps on the court, she is either breaking a record or making a new one. In today’s second-round...
Read more 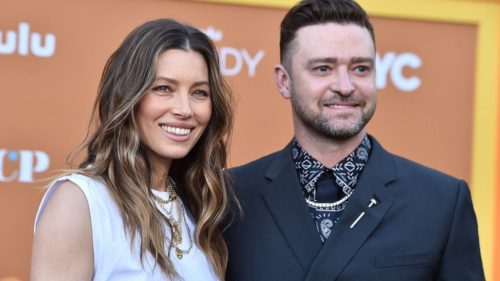 It was a surprise to everyone when Justin Timberlake made his comeback to the acting world. In episodes number four and five of the Hulu series “Candy,” he makes an appearance.

In “Candy,” Biel plays Candy Montgomery, a young, outgoing, church-going wife and mother in Texas who voraciously reads romance novels. She seems to have it all — but is bored — so she begins an affair with a man from her town (played by Pablo Schreiber) and ends up killing his wife, Betty, with an ax. Montgomery pleaded not guilty to the crime and a jury sided with her, some even saying they never liked Betty.

The story is based on a real case from 1980 and is of interest in Hollywood at the moment. Elizabeth Olsen recently wrapped filming her own limited series version called “Love and Death,” in which she plays Candy.

The audience of Hulu’s five-part limited series Candy, in which Timberlake’s wife and actress Jessica Biel stars as the main character Candy Montgomery, were in for a pleasant surprise when they watched the episode that aired on Thursday (May 12). Timberlake made a guest appearance in the episode.

The singer known for “Mirrors” has a cameo in the show as a deputy by the name of Diffy who investigates the murder that serves as the show’s primary plot point. He will also appear in the episode that comes after this one.

Timberlake released some humorous behind-the-scenes photos of himself dressed in character as housewife Candy alongside actress Jessica Biel. Biel was also portraying the role of Candy. He posted on Instagram, that the stomach is artificial, the hair is phony, but the mustache is real, Please say hello to Diffy.