Newcastle Vs Aston Villa 2005: Why Did Lee Bowyer Fight With Kieron Dyer? Recalling The History To Know What Happened

5 Letter Words with URR within the Middle – Wordle Clue

List of 5-letter phrases with URR within the middle that may assist you to treatment your Wordle or phrase puzzle at...
Read more
Bio

Ivan Fedotov is a Russian ice hockey goalie who was born in Finland. He is currently under contract with the National...
Read more
Gist

Hello, all of the science fiction sequence lovers, lastly the most-awaited and extremely anticipated film “Dune” is ready to occupy the screens...
Read more 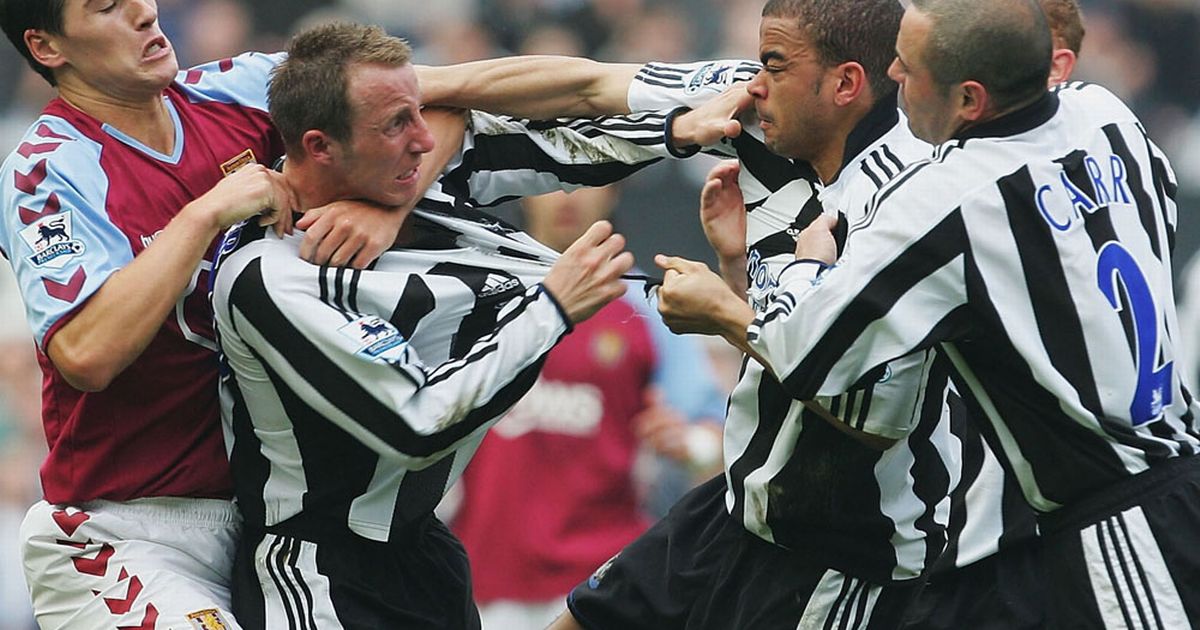 In the days leading up to their notorious fight, the ‘aggression’ between Newcastle United teammates Kieron Dyer and Lee Bowyer had been increasing.

During United’s crushing defeat to Aston Villa in 2005, Dyer and Bowyer came to blows on the pitch and were ejected.

The pair were suspended for the FA Cup semi-final defeat to Manchester United due to the event, which brought embarrassment to the club.

The incident was included on BBC Sport’s list of the “craziest” events in Premier League history, and Shearer described his shock at seeing the brawl erupted in front of his eyes.

It was a personal remark aimed at Bowyer’s lack of talent, according to Dyer, that pushed him over the brink.

👊 Lee Bowyer & Kieron Dyer were both sent off for fighting each other against @AVFCOfficial.

💰 Bowyer was fined six weeks’ wages (£210k), while Dyer was banned for 3 games by the @PremierLeague. pic.twitter.com/7zvAJh7Fa6

“We were playing the game,” the former Toon star explained, “and he came short and wanted the ball, so I passed it to someone else.”

“He said, ‘Give me the ball,’ and I said, ‘What are you talking about? I haven’t given the ball away.’ He returned five minutes later, and I gave it to someone else.

Bowyer’s actions amounted to “severe misconduct,” according to Newcastle chairman Freddy Shepherd, who added that the club had “considered firing” him before concluding that a fine – allegedly in the region of £210,000 – and final warning were “appropriate.”

“He should get down on his hands and knees,” Shepherd said in an interview, implying that Newcastle fully blamed Bowyer, who is 28 years old.

Bowyer had expressed his displeasure at Dyer for allegedly failing to pass to him throughout the game.

Wimbledon began earlier last week with little anticipation for the participating American men. However, they are startling the tennis...
Entertainment