Dr. Nicole Martin said The Real Housewives of Miami reunion will be a bumpy ride because...
Read more
Entertainment

May took to her official Instagram page where she posted a video alongside a thoughtful caption. Reacting, some celebrities and other IG...
Read more

Australia Day 2023: Fight to save boy hit by lightning at Warilla beach Shellharbour near Wollongong

Beachgoers relive the horrific moment lightning struck a boy, 8, as he...
Read more

What is Neil Finn’s Net Worth?

Neil Finn is a New Zealand singer/songwriter and musician who has a net worth of $30 million. Neil is best known for being the frontman of the band Crowded House. He also co-fronted, with his brother Tim Finn, the band Split Enz and has had a successful solo career. He wrote many hit songs for those bands, including “One Step Ahead,” “I Got You,” and “Message to My Girl” for Split Enz and “Don’t Dream it’s Over” for Crowded House. In his many other music endeavors, Finn has recorded solo albums and released a pair of albums with his brother Tim.

Neil Finn was born on May 27, 1958 in Te Awamutu, New Zealand as the youngest of four children of Dick and Mary. He was raised in an environment of music, with the family frequently doing singalongs around the piano together. With his brother Tim, he performed at family gatherings, and became inspired to start playing guitar and piano. Growing up, Finn was also into sports such as tennis, rugby, and swimming. He was educated in Auckland at the Sacred Heart boarding school, and after that at Te Awamutu College. Throughout his years in school, Finn held music performances in hospitals and prisons.

Finn got his start in bands in 1976 when he formed After Hours with Geoff Chunn, Alan Brown, and Mark Hough. Ultimately, the group was short-lived.

Finn left After Hours in 1977 to join his brother Tim’s band Split Enz. He became the replacement for original singer-songwriter Phil Judd, who had recently left the group in a fit of rage. Split Enz went on to achieve its greatest success in the early 80s with the albums “True Colours,” “Waiata,” and “Time and Tide.” Notably, Finn wrote the band’s first international hit single, “I Got You.” He also wrote the hit Split Enz songs “One Step Ahead” and “History Never Repeats,” and co-wrote “Dirty Creature.” Finn’s final original studio albums with the band were 1983’s “Conflicting Emotions” and 1984’s “See Ya ‘Round.” After that, Split Enz disbanded.

Following the breakup of Split Enz, Finn formed the band the Mullanes with Split Enz drummer Paul Hester and musicians Craig Hooper and Nick Seymour. Hooper soon left the group, which was renamed Crowded House. The band went on to become internationally successful, particularly with its hit 1987 single “Don’t Dream it’s Over,” written by Finn, and its hit 1992 single “Weather With You,” co-written by the Finn brothers. Crowded House ultimately released four studio albums between 1986 and 1993: a self-titled debut, “Temple of Low Men,” “Woodface,” and “Together Alone.” The band broke up in 1996, and subsequently released the greatest hits album “Recurring Dream.”

Crowded House reunited in early 2007 with Finn, Nick Seymour, Mark Hart, and new drummer Matt Sherrod. Some months later, the band released a new album, “Time on Earth.” Crowded House released its next album, “Intriguer,” in 2010. After an 11-year hiatus, the band released “Dreamers Are Waiting” in 2021. The album features producer Mitchell Froom on keyboards, and Finn’s sons Elroy and Liam on vocals and various instruments. 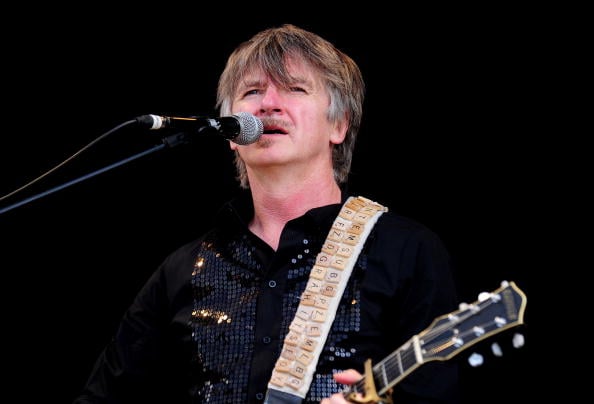 Finn launched his solo career in 1998 with the album “Try Whistling This,” which reached number five on the UK Albums Chart. It was followed in 2001 by “One Nil.” Finn didn’t release his next solo album, “Dizzy Heights,” until 2014. His fourth solo album, “Out of Silence,” came out three years after that.

Finn has been involved in a number of other music projects during his career. He founded the charity music group 7 Worlds Collide, which has released a live album and a studio album entitled “The Sun Came Out.” Finn has also collaborated with his brother Tim under the name the Finn Brothers, releasing the studio albums “Finn” and “Everyone is Here.” Other collaborations have been with family members, as well, including his band Pajama Club, which includes his wife Sharon, and his 2018 album “Lightsleeper,” a collaboration with his son Liam. Also in 2018, Finn joined Fleetwood Mac and went on tour with the band.

Finn has lent his music to a number of television and film soundtracks. His songs have been featured on such shows as “Boston Legal” and “Sports Night” and in such films as “Rain,” “The Waiting Game,” and “Antz.” Finn also recorded the original track “Song of the Lonely Mountain” for Peter Jackson’s film “The Hobbit: An Unexpected Journey.”

Finn wed his wife Sharon Johnson in early 1982. Their sons are Liam and Elroy, both musicians who have musically collaborated with their father.

In March 2022 Neil paid $4.3 million for a home in LA’s Los Feliz neighborhood. He sold this home in October 2022 to married actors Kate Mara and Jamie Bell for $4.8 million.

Carter Efe adds another Mercedes Benz to his garage

David Bowie death: When did the Let’s Dance star die and what was his cause of death?

Who is Sammi Giancola’s boyfriend, Justin May?

Michael B. Jordan Lists Los Angeles Home For $13 Million Six Months After Buying It For $12.5 Million