What the Macro-data Refinement (MDR) team does and Lumon’s overall purpose in the world of Apple TV+‘s Severance are unclear. What is clear is...
Read more
People

Milwaukee Deer District Shooting: HUNDREDS of NBA fans were seen running from gunfire in Milwaukee’s Deer District right as the Bucks-Celtics game came to an end on Friday. 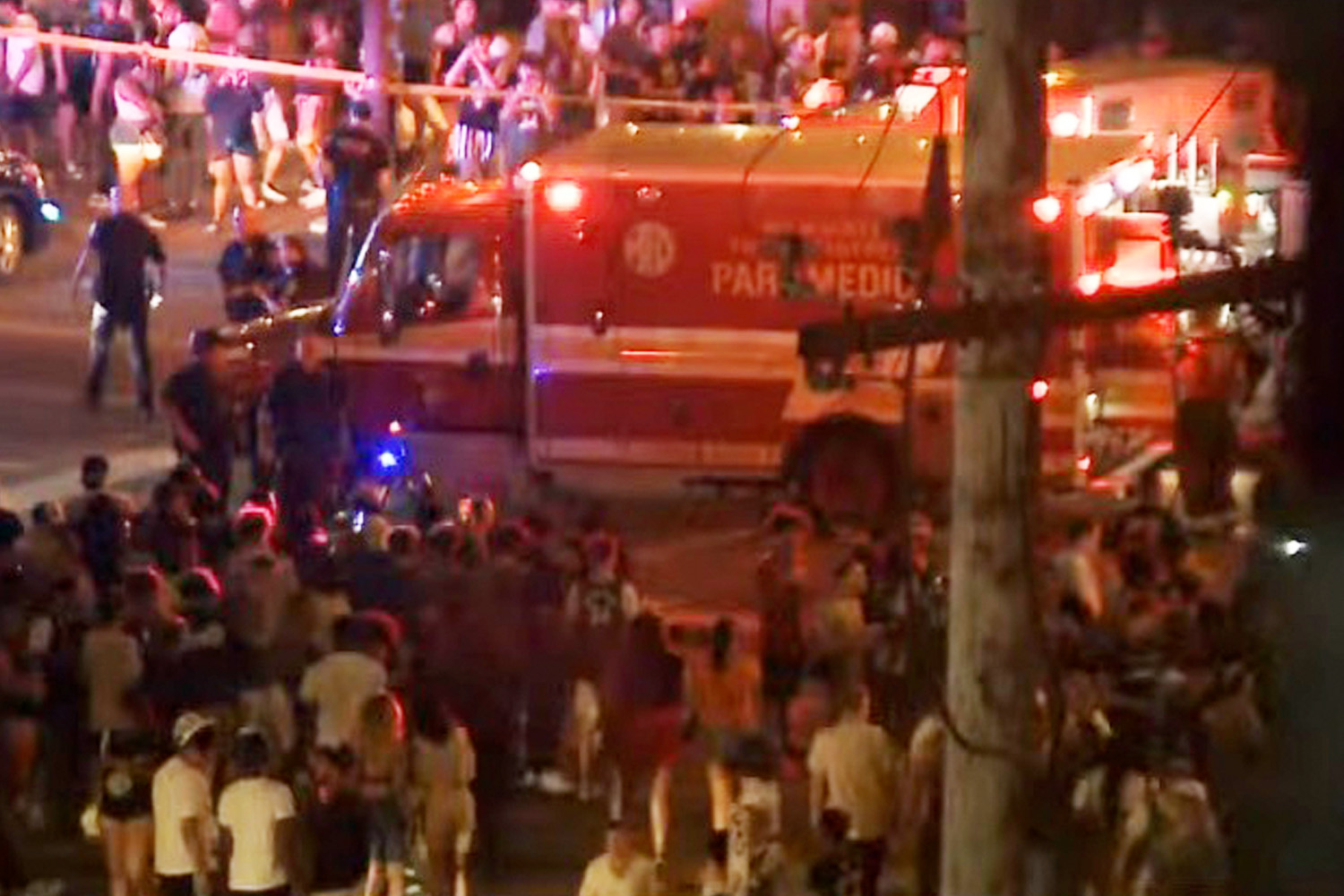 Two victims, a 30-year-old male and a 16-year-old girl, were transported to the hospital. A third victim, a 26-year-old woman, self-transported to a hospital, WISN12 News reported.

All three victims were said to have non-life-threatening injuries.

Milwaukee police said one suspect, a 29-year-old male, was in custody.

First responders, including mounted police, were in the area as road closures were in effect. At least one ambulance was spotted leaving the scene.

BREAKING: 1 adult male shot near MLK & Highland as ⁦@Bucks⁩ game ends. This is what we saw as fans ran from the area. ⁦@WISN12News⁩ pic.twitter.com/JE6Ax1OPsn

Reports from the scene indicated the shooting happened at around 9.30pm, right after the game ended.

Another shooting was reported hours after the first, near Water Street and Juneau Avenue. An unconfirmed number of people have been shot, with police responding to that scene as well.

Deer District is home to a number of restaurants and shops near the Fiserv Forum, where the Bucks play.

A watch party was happening in the district, with fans lining the streets to watch the NBA playoff game.

The Bucks reportedly set a capacity limit of 11,000 fans for the watch party.

Fans reportedly had to pass through metal detectors to get onto the plaza for the watch party. But the shooting occurred just east of the plaza.

Shooting near the Deer District in Milwaukee. Stay Safe out there people
The streets were ratchet tonight pic.twitter.com/PYZ2WLuOFd

A spokesperson for the Bucks released a statement following news of the shooting, saying, “The incident took place outside of the Deer District area. We direct all questions to the Milwaukee Police Department.”

The conference semifinals series is tied at three games each. A series-deciding game seven will be played on Sunday afternoon.

The investigation into the shooting is ongoing.

Here’s vid of people running north out of Deer District after shooting near corner of Highland/MLK. You can tell a lot of folks didn’t know what was going on. We didn’t hear the shots standing at the MECCA, but we made sure we were out of the way of the rush. THREAD: pic.twitter.com/0QscPFpAvS

Genuine Geordie, a British YouTuber from Newcastle, England, is 35 years of age. He was popular for recording...
Celebrity