Last week I wrote about a string of robberies in San Francisco that left business owners struggling to recover without any help or attention...
Read more

Sharing the stunning photos, Omotola Ekeinde expressed how joyful she is to be turning a new age. Nollywood actress,...
Read more

What is Kara DioGuardi’s Net Worth?

Kara DioGuardi is an American songwriter, record executive, producer and TV host who has a net worth of $25 million. Kara DioGuardi has amassed a slew of awards, and a very healthy bank account, writing and producing music for a range of pop and R&B artists. Though she has enjoyed a few hits as a singer herself, she seems more content to continue writing and producing hit after hit for other artists. She was a judge on the short-lived 2006 reality competition, “The One:  Making a Music Star”.  Then she was the fourth judge on “American Idol” during Seasons 8 and 9, but left the show due to a sense that she was the “odd man out” during much of her time on the program. Kara DioGuardi has had over 300 of her songs recorded and released on studio albums. Sales of albums featuring songs she has written or produced exceed 160 million copies globally.

DioGuardi got her introduction to the music industry shortly after college with a job selling advertising for Billboard magazine. As a songwriter, DioGuardi has collaborated with such music recording artists as Kylie Minogue, Lindsay Lohan, Jessica Simpson, Santana, Celine Dion, Britney Spears, and American Idol alumni Adam Lambert, Kelly Clarkson, David Archuleta, and Clay Aiken. DioGuardi co-founded Arthouse Entertainment, a music production and publishing company that has released such hits as Come Clean by Hilary Duff, What’s Left of Me by Nick Lachey, and Grammy nominated single Rich Girl by Gwen Stefani. Sober, a song that DioGuardi co-wrote for singer Pink, was nominated for a Grammy Award. DioGuardi’s vocals has been heard on The Middle, a song by Demi Lovato, Celine Dion hits One Heart and Reveal (which DioGuardi also co-wrote), and in the mock band Platinum Weird, which DioGuardi formed with ex-Eurythmics founder Dave A. Stewart. Her songs have been heard on many films, television and commercials including Glee, Hannah Montana, Get Smart, and Smallville. To date, DioGuardi has won eleven BMI Awards. 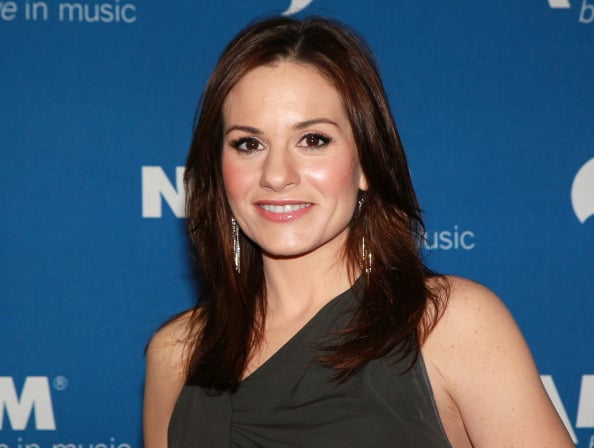 Kara DioGuardi was born on December 9, 1970 in Ossining, New York to Carol and Republican politician Joe. She was raised in suburban New Rochelle, New York, and was educated at the Immaculate Heart of Mary Catholic School in Scarsdale and the Masters School in Dobbs Ferry. DioGuardi went on to attend Duke University in Durham, North Carolina, earning a degree in political science. Following her graduation, she became an assistant at Billboard magazine and then an advertising sales representative.

DioGuardi wrote her first major songs in 1999 for the debut album of English singer Martine McCutcheon. Since then, she has amassed a catalogue of hundreds of songs, many of which have charted internationally and appeared on Billboard 200 top-ten albums. Some of DioGuardi’s most notable and prolific collaborations have been with Ashlee Simpson; Thalia; Kelly Clarkson; Christina Aguilera; Jesse McCartney; Britney Spears; Hilary Duff; Pink; Carrie Underwood; and Meat Loaf. She also had a major hit with Celine Dion’s 2007 song “Taking Chances,” which she cowrote with David Allen Stewart. The track charted in numerous countries around the world. DioGuardi has written songs for a surfeit of other artists over the years, including but not limited to: Rascal Flatts, Cobra Starship, Jason Derulo, Colbie Caillat, and Katharine McPhee.

DioGuardi has also written many songs for film and television. On the small screen, she wrote tracks for such Disney Channel programs as “Camp Rock” and “Camp Rock 2: The Final Jam,” “Hannah Montana,” and “Jonas.” Additionally, DioGuardi penned tracks for the television series “Glee,” “Laguna Beach: The Real Orange County,” and “The Ashlee Simpson Show.” Meanwhile, her film credits include “Raise Your Voice” and “Alvin and the Chipmunks: The Squeakquel.”

DioGuardi is the co-founder and co-owner of the Los Angeles-based production and publishing company Arthouse Entertainment. The company has been involved with an array of chart-topping hit songs, including “Just the Way You Are” and “Grenade,” by Bruno Mars; “Fuck You,” by Cee-Lo Green; “Memories,” by Maroon 5; and “Simple,” by Florida Georgia Line.

DioGuardi has served as a judge on a number of reality television competition series. In the summer of 2006, she was a judge on ABC’s “The One: Making a Music Star,” which only lasted for two weeks before being canceled. DioGuardi had a longer-running judging gig in 2009 on the eighth season of “American Idol”; she returned as a judge for the ninth season in 2010, and then decided to leave. She went on to become a head judge on the Bravo singer-songwriter competition series “Platinum Hit” in 2011.

With David Allen Stewart, DioGuardi formed the satirical music project Platinum Weird in 2004. The concept of the group was that it was a “lost” band from 1974; the parodic hoax was perpetuated by various transmedia materials, from a VH1 mockumentary to a series of bogus fan sites and documents. Platinum Weird released its debut album, “Make Believe,” in 2006.

Among her other career endeavors, DioGuardi briefly starred on Broadway as Roxie Hart in the musical “Chicago” in late 2011. The following year, she began teaching a course at Berklee College of Music in Boston, Massachusetts. DioGuardi has also released an autobiography entitled “A Helluva High Note: Surviving Life, Love, and ‘American Idol’.”

In 2007, DioGuardi began a relationship with Mike McCuddy; the pair got engaged in late 2008 and married in the summer of 2009. Together, they have a son named Greyson who was conceived via surrogacy, while McCuddy has a daughter from a prior relationship. DioGuardi divides her time between Los Angeles, California and York Harbor, Maine.

In the world of charity, DioGuardi works with the Phoenix House, a non-profit substance abuse rehabilitation organization operating throughout the US. In her role, she helps teach teens how to operate equipment in Phoenix House’s recording studios. DioGuardi also took a charity trip to Angola in 2010 to visit malaria prevention and treatment projects as part of the Idol Gives Back campaign.

In 2004 Kara paid $3.4 million for a home in Studio City, California. After a major renovation, she listed this home for sale in 2010 for an original asking price of $10 million. After a few price cuts she finally accepted $6.3 million in January 2013. The house includes marble and hardwood floors, floor-to-ceiling windows, a massive eat-in kitchen with a central island, stunning chandeliers, multiple fireplaces, and high ceilings.

In 2010 Kara paid $1.2 million for a waterfront home in Prospect Harbor, Maine.

Review of “The Last of Us” episode 4: Joel and Ellie’s connection deepens while a new adversary develops. ‘The...
Gossip

China is outraged that we shot down their spy balloon

Oyinbo man reacts after getting snubbed by Wizkid (Video)