Kevin and I did talk about some politics in this episode but we also let our minds follow the booze and dream up...
Read more
Celebrity

Damien Abad Religion:- Damien Abad is a French politician. He is the minister of Solidarity and assumed office on 20 May 2022. He...
Read more
Gist

Dave McMenamin and Malika Andrews are ESPN basketball analysts who cover and commentate on every NBA game, yet there are rumors that they...
Read more 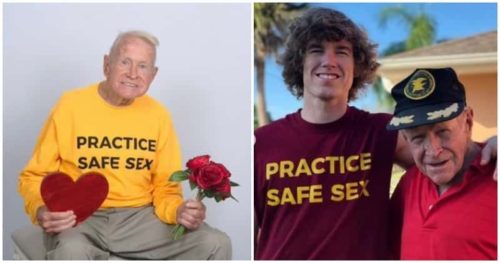 Papa Jim, the Internet celebrity and everyone’s favorite grandfather, has tragically passed away. YouTuber Danny Duncan, who frequently included Papa in his popular videos, broke the news of his death on Instagram on Thursday, 12 May.

Who Was Papa Jim?

Papa Jim was a prankster who would do everything from skinny dipping to quad biking on Duncan’s massively popular channel.

But while it may have seemed he was related to the YouTube star, he was in fact the grandad of Duncan’s assistant, David Tomchinsky.

It is not known who his spouse or children were.

In 2021, Papa Jim had fallen victim to a death hoax as rumors circulated online that he had died, The Focus reported.

Papa Jim was also a popular YouTube personality known for his pranks on Danny Duncan’s videos. He constantly put a spin on everything, whether it was skinny dipping or quad riding.

Many people believed Danny and Papa Jim were relatives. Papa Jim, who became 92 last December, was the grandfather of the YouTuber’s close friend David Tomchinsky and is currently working as an Executive Assistant and Social Media Manager for Duncan’s brand.

What was Papa Jim’s cause of death?

It is not known how the much-loved grandad died as his family has not released a statement.

He posted: “Thank you for all the laughs and unforgettable memories. I love you, Papa Jim.”

At the time of his death, Papa Jim was 92 years old. His family has not released any information concerning his demise.

Fans across the world grieve the sensation’s demise and the end of his bond with Danny. Papa has previously been the victim of an internet scam claiming his death. Danny, on the other hand, debunked the allegations himself, citing a photograph of him with Papa Jim with the text “Miss you Papa.”

Danny captioned a sequence of photos with the elderly prankster, “Thank you for all the laughs and unforgettable memories. I love you papa Jim. RIP.”

Papa Jim’s admirers are devastated by Duncan’s post. Many fans hailed Papa for his never-ending laughter and amusement. A user posted on Twitter, “Papa Jim really was out here living his best life. Pour a coke up for him.”

Papa Jim really was out here living his best life. Pour a coke up for him🥲 https://t.co/4eBtYmWtHj

One fan posted, “Rest easy Papa Jim. Imma miss you so much. You inspired so many of the youth. You will always be our Papa Jim. Rest easy. Love You BummmmMummmBummm….”

Rest Easy Papa Jim Imma miss You So much You inspired so many of youth You will Always be our Papa Jim Rest Easy Love You BummmmMummmBummm…. pic.twitter.com/YLSc4Y36fV

Another heartbroken fan wrote, “Today, I heard some sad news that Papa Jim has died, my condolences goes out to @DannyDuncan69 and his family. His smile lit up the room for everyone. A legend has passed away, we will always love you PJ.”

Johan Santana Wife – Is He Married To Yasmile Garcia? His Net Worth In 2022...
People

How Much Did Chris Rock Change From Before? Facelift – Botox And Nose Job Before & After Photos