Rodney Carrington is an eminent American entertainer, professional comic, and blue grass music vocalist. He is better known for utilizing a blend of his...
Read more
People

GOOD Morning America host and news anchor George Stephanopoulos weighed in on the news that a biopic about popstar Madonna has been scrapped.

On Tuesday, Stephanopoulos responded to the news on Twitter by tweeting it was “interesting” the biopic is no longer going forward.

The movie was set to document Madonna’s four-decades long career in music, fashion and art, and was intended to be directed by Madonna herself.

Ozark star Julia Garner was going to play the pop icon, and it had been in development since 2020 with Universal Pictures under the working title Little Sparrow.

The film’s production was affected by Madonna planning a Greatest Hits tour, and Universal Pictures pulled out of the project after she announced the tour, Variety reported.

The biopic was widely talked about online, especially after it was revealed that casting hopefuls had to participate in grueling 11-hour days that included singing and choreography. 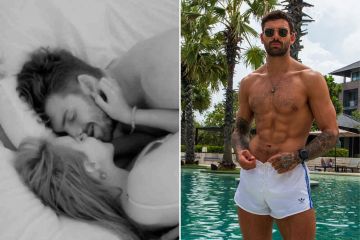 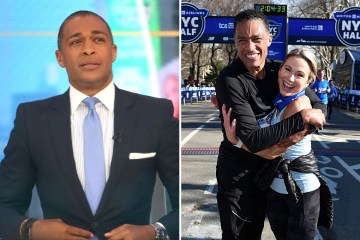 Oscar-winning screenwriter Diablo Cody was at one point set to write the film, but he detached from the project after finding Madonna difficult to work with.

Diablo — who won an Oscar for screenwriting 2007’s Juno — and Madonna didn’t see eye-to-eye on the final version of the film.

An insider previously told The Sun “Madonna and Diablo spent weeks working on the screenplay and made good progress.”

“But Madonna is understandably very particular about how she wants it to be. She’s a perfectionist and because it is about her life, she is being very careful about how things come across.

“Diablo needed more freedom to be able to make it work and ultimately decided she couldn’t contribute any more.”

Despite the hurdles, Variety reported that Madonna is still intent on making the film a reality.

“I want to convey the incredible journey that life has taken me on as an artist, a musician, a dancer – a human being, trying to make her way in this world,” the singer said in 2020.

“There are so many untold and inspiring stories and who better to tell it than me.

“It’s essential to share the rollercoaster ride of my life with my voice and vision.”

He made Pretty Baby with his wife, Ali, about their close friend Brooke Shields.